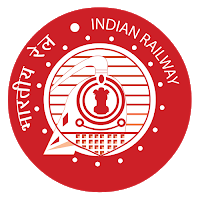 The commission has recommended an average 23.55% increase in their salary, allowances and pension, a move that will benefit 4.8 million staffers and 5.5 million pensioners.

Pay Scale of ASM as per 6th Pay Commission ( Old )

We hope that the information and details on Indian Railways Assistant Station Master Expected Pay Scale and Pay Band will be useful to all.

7th Pay Commission has formulated fitment formula as far as existing employees are concerned as 2.57. For instance, 7CPC pay of the employees who are presently in the pay band of 5200 – 20200 with grade pay of Rs. 1800, will be calculated by multiplying the factor of 2.57 with their existing basic pay (pay in pay band + grade pay)

Note: We will update this article with updated pay hike, salary, and other benefits for Assistant Station Master in 7th Pay Commission.

The gratuity ceiling stands enhanced from Rs. 10 lakh to 20 lakh. The ceiling on gratuity will increase by 25 per cent whenever dearness allowance rises by 50 per cent.

The Cabinet also approved the recommendation of the commission to enhance the ceiling of house building advance from Rs. 7.5 lakh to Rs. 25 lakh. All but four interest-free advances have been abolished.