SMC Elections Schedule for Not Conduct Schools as per RC 3320 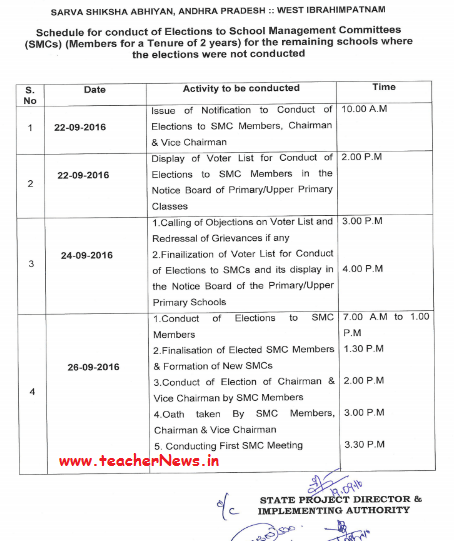 I furnish herewith the schedule to be followed as approved by the Government, Andhra Pradesh, School Education Department for the conduct of election of Chairman, Vice Chairman and members of School Management Committees for the above 506 schools in the State as mentioned in Annexure-II. I request you to issue instructions to the MEOs and HMs concerned to conduct meeting of parents/guardians to constitute SMCs on 26.09.2016 positively.