1. The following notification will be published in an Extra ordinary issue of the Andhra Pradesh Gazette, dated:17.02.2016.
2. The packages specified at S.No.I (1) of the notification are under special circumstances and shall not be considered as a precedent for other cases and applicable only for Land Pooling Scheme for Amaravti Capital City.
3. A copy of this order is available in the Internet and can be accessed at the address http://goir.ap.gov.in/.
Read the following:

In the said Rules,


(adsbygoogle = window.adsbygoogle || []).push({});
(1) against the entry (6)”Assigned” and corresponding entries thereof, the following entries shall be substituted, namely,
“(b) Assigned:
(i) All the assignments made to Ex-serviceman / Political sufferers / Freedom Fighters and the purchases made before or after a period of 10 years from the date of assignment shall be allotted per acre as follows:

(ii) All the assignments made prior to G.O.Ms.No. 1142, Revenue Department, Dt. 18-06-1954, irrespective of classification of land which includes de-reserved forest, shall be allotted per acre as follows:

(iv) All lands alienated to others are deemed to have been resumed to Government and the ryots who are cultivating the lands as Sivaijamadars shall be allotted per acre as follows :

(v) Eligible encroachers in un-objectionable Government Lands as on 08-12-2014 shall be allotted per acre as follows:

(vi) Eligible encroachers in objectionable Government Lands as on 08-12-2014 shall be allotted per acre as follows:

II. In rule 8, for sub rule(6), the following shall be substituted, namely :

“6(a) The Competent Authority of Land Pooling Shall identify the list of landowners and the lands who have not given consent under Land Pooling Scheme and submit a report to the Commissioner with full details in Form 9.11


(b) The purchasers of lands from the landowners declared under Form 9.10 and entered into agreement in Form 9.14 not covered by the list of landowners mentioned in 8(6)(a), shall be the deemed owners under the Act”.

(b). in sub entry (ii), for clause(g), the following shall be substituted, namely,–


“This benefit shall be applicable upto 28-02-2015, the last date of filing applications in Form 9.3 as announced and for confirming extent, ownership for purpose of ascertaining eligibility to get minimum benefit. Further sub-divisions / claims shall be paid proportionate to extent”.


The benefit of yearly payment of Rs. 30,000/- for Dry Land and Rs. 50,000/- for Jareebu land shall be extended only to landowners who surrendered their lands and continue to hold returnable developed plots. Proportionate payment shall be made if part of developed plots are alienated. Purchasers of LPOC are not entitled for yearly payment of Rs. 30000 / 50000 as the case may be”.


(2). After entry (g) the following entries shall be added, namely,–


“(h). For the owners who gave their lands with scattered structures / poultry / trees etc., embedded to earth existing as on 8 th December 2014 but not covered by existing package under rule 5(2)(A)(e) will get the valuation of such structure / poultry / trees etc., estimated as per R&B norms for structures / poultries etc., and as per Departmental norms of Horticulture / Forests for trees / topes.


(i)(a): “Owners who gave their plots shall get the returnable benefits as mentioned under 5(2)(A). To convert the plot area into agriculture area the common area left in a layout shall be added proportionately to the plot area and the returnable land under Land Pooling Scheme should be decided as per Rule 5(2)(A) and conversion tax paid by landowners for converting agricultural land into layout or proposed layout shall be refunded with 6% interest.


(b): Conversion tax paid by landowners on agricultural lands shall be refunded with 6% interest”. 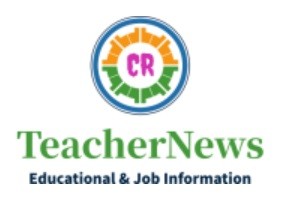