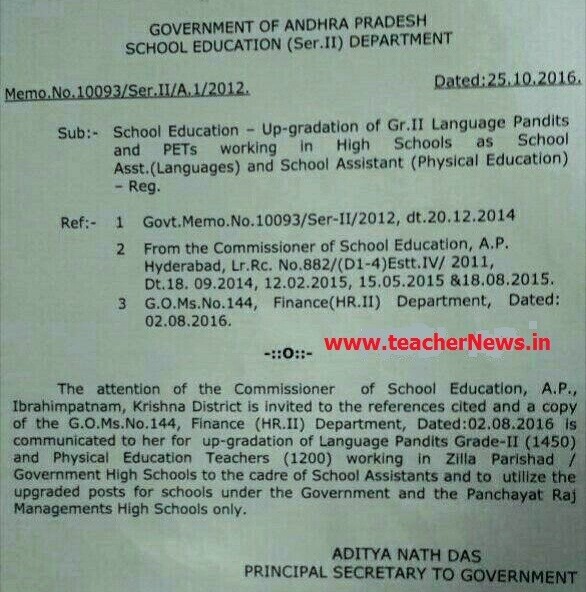 The attention of the Commissioner of School Education, A.P. Ibrahimpatnam, Krishna District is invited to the references cited and a copy of the G.O.Ms.No.144, Finance (HRJI) Department, Dated:02.08.2016 is communicated to her for up gradation of Language Pandits Grade-II (1450) and Physical Education Teachers (1200) working in Zilla Parishad / Government High Schools to the cadre of School Assistants and to utilize the upgraded posts for schools under the Government and the Panchayat Raj Managements High Schools only.